Automating the patching of Cascadia Code to include Nerd Fonts

Since the development of Cascadia is pretty rapid I thought it would be nice to do this automatically and package up the resulting patched font so I set out to configure a GitHub Action, my new favourite automation tool, to do just that.

FontForge is a free and open source font editor brought to you by a community of fellow type lovers.

FontForge is a free and open source font editor which exposes its functionality as a Python module we can install it using Apt.

You might have noticed in step 1 that I downloaded Cascadia with the name Delugia.ttf. Since the Cascadia name is copyrighted and I'm messing with it and re-distributing then it's only polite to rename the font and remove the original copyright notice. Thanks to FontForge's Python module this can be done easily in a script.

In case you're wondering the Delugia name came courtesy of Alistair Young.

Font Patcher is part of the Nerd Fonts collection which provides tools, glyph collections, fonts and more for font hacking. It is a Python script that we can use with FontForge to patch a given font with programming and development related glyphs. So, let's download it with curl.

We'll also need to grab the fonts that Font Patcher pull the glyphs from so let's download them too.

One last yak-shaving step and we're ready to patch some fonts! Font Patcher depends on the ConfigParser module so we'll install PIP and use PIP to install the module.

We've taken a lot of steps to get here but now patching our Delugia font to add Powerline glyphs is as easy as one command line.

I make use of the no-progressbars switch because the Action was failing like this when it tries to display the progressbar, I suspect there's a unicode bug there somewhere but didn't have time to investigate.

And I can add the complete set of Nerd Font glyphs like this.

Every time my GitHub action completes, I want to make the generated fonts available as build artifacts and, fortunately, there's an action for that.

Using it is as easy as referencing the action and specifying the file to be uploaded.

Now for every successful run of the Action the fonts are attached as artifacts.

Step 9 - Create a release on tag

Finally, I want to automate creating a release and including the patched fonts whenever I tag a new version and conveniently Doug Tangren has created an Action that does just that.

I just have to reference the action, ensure it only runs when tags are pushed if: startsWith(github.ref, 'refs/tags/') and specify the files to be added to the release.

And now I can simply add a tag to generate and share my patched Delugia font from my repository's Releases page.

If you want to check out the repository itself, you'll find it here: 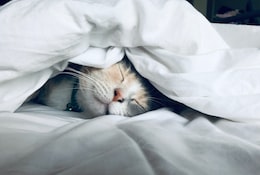 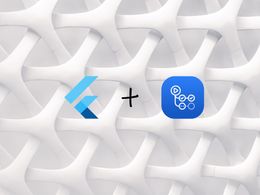